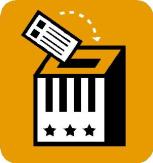 Today the vote for SEIU’s unionization of Personal Support Workers was held.

Final tally per the Employment Relations Board is 1,873 to 772. This means that Personal Support Workers are now set to be represented by SEIU and arbitration is expected to begin shortly.

A Personal Support Worker is defined in House Bill 3618. The majority of domestic employees and independent contractors working with brokerage customers will be affected.

Of a potential voting population of 9,000, just 30% voted. The union won the majority of votes cast.

Those affected include the majority of domestic employees and independent contractors performing services listed in House Bill 3618. This affects brokerage providers as well as those working with the Community Developmental Disabilities Programs and some mental health programs.

What Are You Looking For?